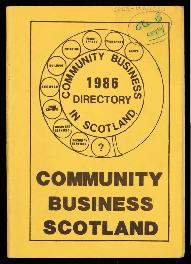 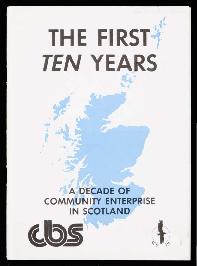 Strathclyde Community Business Ltd (SCB) was set up in 1984 by Strathclyde Regional Council, the Scottish Development Agency and Glasgow District Council (along with eleven other district councils in the region). Its aim was to streamline development, training and financial support for community businesses. It was an independent company limited by guarantee with charitable status. Its board of directors included representatives from its public sector funders, the community business movement and the private sector. It had a finance and administration team and a training resources team at its headquarters at Six Harmony Row, Govan, Glasgow. In 1995 SCB became Community Enterprise in Strathclyde with a new focus on project development and contract work.