This collection is part of the Social Enterprise Collection Scotland. The collection covers records from Community Business Scotland (1981-1999) becoming Community Business Scotland Network. The records have been arranged into 10 series covering the following activity or format (4 of the series are awaiting cataloguing and this has been noted in brackets at the end of the series title):

Management and administration of CBS and CBSN

This series consists of 9 subseries:

Legal and strategic documents of CBS and CBSN

This sub-series consists of 4 files: 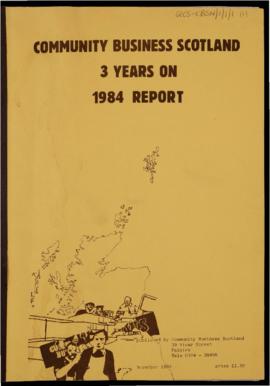 Contents of the report:

Office leases for CBS and CBSN

This sub-series consists of 2 files:

When CBS was first set up the work was overseen by the Steering Group. This was later replaced by a Board of Management.

Minutes and papers of the CBS Steering Group