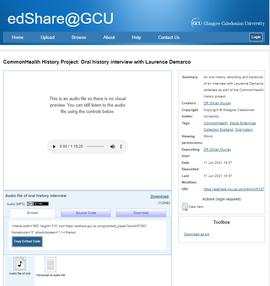 Laurence Demarco graduated in 1973 with a Diploma in Community Work. He worked for Lothian Regional Council as lead community worker in Wester Hailes from 1976 to 1990. During that time he helped set up the Wester Hailes Community Workshop, neighbourhood councils and a number of community owned businesses, such as the Wester Hailes Land and Property Development Company. He then worked as a consultant from 1990 to 1999, before founding Senscot in 1999 as a network for social entrepreuneurs to share their knowledge and experience. By 2014 Senscot was an important support organisation for social enterprise in Scotland, with a network of over 4,500 members, a regular bulletin and a vital role in setting up the Scottish social enterprise support infrastructure.